Welcome!! Thank you for stopping by!

Doesn't the word celebrate make you feel good? You just know there's going to be a party, a get-together with good friends and family or even having your own party! The fact is there is going to be cake! But I digress...


Today is Independence Day and Americans everywhere are celebrating the signing of the Declaration of Independence. I love seeing the American flag in front of homes. I love the parades and waving the flag proudly. I especially love seeing a little three year old waving one too! Fireworks are spectacular as well. I love all of the festivities! I decided to to share a few facts about Independence Day!

On June 24, 1826, Thomas Jefferson sent a letter to Roger C. Weightman, declining an invitation to come to Washington, D.C., to help celebrate the 50th anniversary of the Declaration of Independence. It was the last letter that Jefferson, who was gravely ill, ever wrote.

The first description of how Independence Day would be celebrated was in a letter from John Adams to his wife Abigail on July 3, 1776. He described "pomp and parade, with shows, games, sports, guns, bells, bonfires, and illuminations" throughout the United States.

The 56 signers of the Declaration of Independence did not sign at the same time, nor did they sign on July 4, 1776. The official event occurred on August 2, 1776, when 50 men signed it.

John Hancock was the first and only person to sign the Declaration on July 4, 1776.

On December 13, 1952, the Declaration of Independence (along with the Constitution and Bill of Rights) was formally delivered to the National Archives in Washington, D.C., where it has remained since then.


I am so thankful to be an American. I will never forget however, what I will always celebrate...

Give thanks to the Lord for he is good; His love endures forever. #Psalm 107:1

I am so thankful to love the Lord and be loved by Him! I am not only thankful for my citizenship but also for all that he has given me. I celebrate everyday for love I am SO not worthy of!

Have a wonderful 4th of July celebration!


This has been a contribution for Christian Writers. This month's theme is 'Celebrate'. Check out the links on the right side of the page for more wonderful posts!

The Treasure is Mine

Pirates have fought over you. Men have rushed to the west for you. Proud Olympian's wear you around their necks. Leprechauns protect you at the end of a rainbow. You've graced the heads of many kings and queen's. You've graced the teeth of many-a-rapper. You are edible.You are gold. You are a treasure.


"Do not store up for yourselves treasures on earth, where moth and rust destroy, and where thieves break in and steal. But store up for yourselves treasures in heaven, where moth and rust do not destroy, and where thieves do not break in and steal. For where your treasure is, there your heart will be also." Matthew 6: 9-21

This month's theme for Christian Writers is 'Pursuit' and I cannot help but think of pirate's pursuit of treasure. If only thieves and those who covet badly take these verses to heart. People can be so protective of their things. There are gates around buildings and who can forget the great wall of China? But things in this world will die out. Everything we have is temporary. We should pursue a life for the Lord. After all, he's done so much for us and deserves our effort. Treasure will await us in heaven as a reward. Being with Christ is our reward! If you trust the Lord as your savior your life in heaven is eternal. Your blingy-bling will not go with you when you die. The house you worked so hard for, the shiny new rims you've worked hard to get. Guess what? Means nada in the end. Will you pursue the Lord? What do you consider as treasure?


So while we let these guys enjoy their gold... 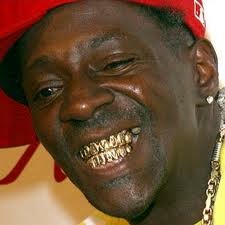 ...let my life be the proof of your love and let me store up treasures in heaven.

For King and Country : Proof of Your Love
Burlap to Cashmere : Treasures in Heaven

The theme for the month of June for the Christian Writers blog chain was'Pursuit'. Tune in for July's blog! The theme is 'Celebrate'. The new list is on the right.
Posted by Suzette Emilia at 12:00 AM 11 comments: 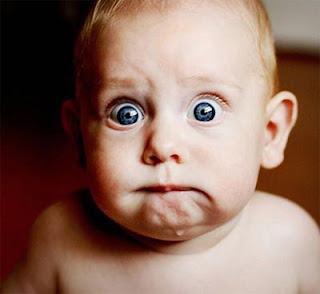 This brings us to our quest: Never fear! God will always be by our side.
Psalm 27:1
“The LORD is my light and my salvation; Whom shall I fear? The LORD is the strength of my life; Of whom shall I be afraid?”
It’s so easy to feel afraid of the unknown. It’s so dark and scary. Sometimes we wish we had a sixth sense that could let us see into the future. But really, what is the fun in that? If I know that in 5 years I’m going to be the next J.K. Rowling I’d take it easy, sit back and relax because hey, Harry Potter ain’t got nothin’ on me. Harry who? Uh huh. I wouldn’t work hard to actually get there. I’d be a narcissistic mess! But think about God’s word. The Lord is my LIGHT!  He’s my STRENGTH! Those are powerful words! The Bible doesn’t mess around. It tells you like it is. Whom shall I be afraid of? Whom shall I fear if God is by my side? Not even Voldemort.
Deuteronomy 31:6
“Be strong and of good courage, do not fear nor be afraid of them; for the LORD your God, He is the One who goes with you. He will not leave you nor forsake you.”
Moses is so right on!! He is telling Israel not to be afraid of ‘them’, the mighty and powerful enemy that is against them. Apply this to all things in your life. Yeah Freddy Krueger has knives as fingers and Jason is pretty scary because he walks after you while you run and somehow he still catches up to you, but really, why be scared of our enemies? Why don’t we pray for our enemies? “But I tell you: Love your enemies and pray for those who persecute you.” Matthew 5:44
Psalm 56:3-4
“When I am afraid, I will trust in you. In God, whose word I praise, in God I trust; I will not be afraid. What can mortal man do to me?”
You hear that all you scary movie characters? You hear that Boogeyman? Candyman? And any other monster?! You know, we see all of these fictional heroes use swords and special inhuman powers to beat the bad guy, well guess what I’ve got? That’s right, keep nodding, I’ve got God! Does that make me a super hero, I wonder? Oh the possibilities! With God by our side, we can do all things through Him which strengthens us.
I will pray that this quest will be successful for you! Let God be your comfort! Praise Him in the storm! Don’t let this day with all of its superstitions ever bother you! It’s the day God created. And if you have a fear of long words I’m sorry, I couldn’t help myself: Hippopotomonstrosesquipedaliophobia!!!


(This blog was my contribution to the CW Blog chain on Christian Writers. Make sure you check out the rest of the posts this month! I've got the list on the right side of the page, like totally check it out!)
Posted by Suzette Emilia at 7:42 AM 26 comments:

Book 1 in the Camp Eerie Series
'My Accidentally Fun Summer' is available on Amazon, Kindle and the Nook!